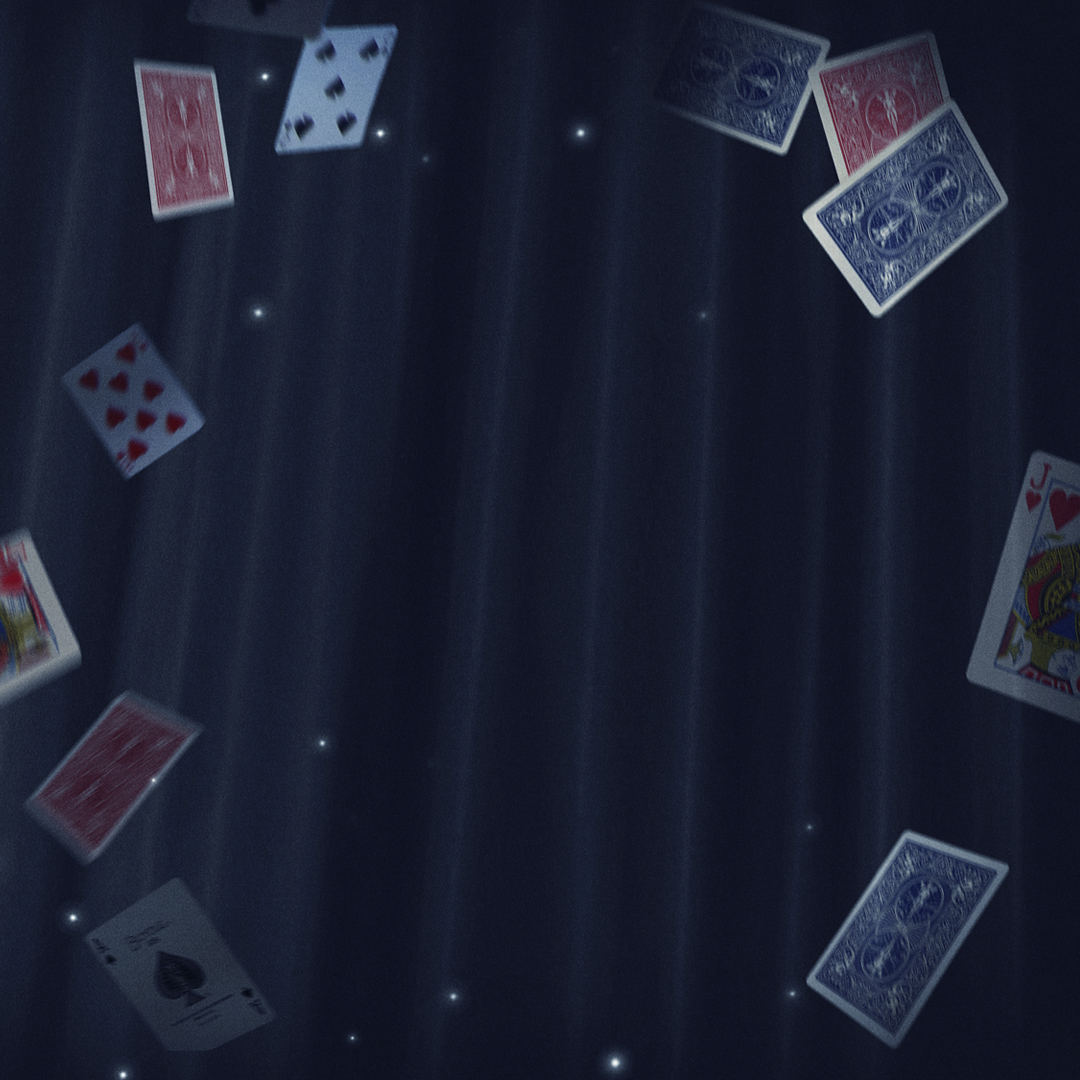 MY FAVORITES ROUTINES WITH CARDS

MY FAVORITES ROUTINES WITH CARDS

After years of intense and silent work, this material by Chilean magician Alejandro Guillier comes to light. A work where he takes elements of classical magic and above all, elements of more modern, visual and technical magic. Quick, effective and perfect effects to do on social networks or in person.

In this work, you can see the North American influence in Alejandro's magic, with details that will remind magicians of skillful movements like Bill Goodwin or Dan & Dave.

13 card magic routines explained in detail, which can now be part of your magic repertoire.

You keep in your pocket a card chosen by a spectator, which is signed in the face.

Then you take the four aces, sign one of them on the back and the signature is multiplied and copied on each of the aces. Finally, the signature disappears from all the backs of the aces and travels to the back of the card that was in your pocket.

Changing the idea of making a signature travel, this time a card is burned and left with obvious fire marks on the face and back and is left under the hand of a spectator who feels the heat at all times. Then an indifferent card is taken, and the mark of fire travels on its back, to disappear the mark on the card that is under the spectator's hand.

Matrix tricks are already a classic. In this version, Alejandro covers each of the coins with cards that have a coin drawn on them. At the same time that the coins travel, the drawings travel one by one, until the 4 coins meet in one corner, and on it, the card with the 4 drawn coins.

After a transposition of two cards, you take yours and take a corner of it. The torn card and its piece are left on the table and their selection is passed to the spectator to cover. In a second, your card is restored, the spectator raises his hand, and his selection (which was intact) is missing a piece. As a final, he reveals the corner that was transformed and that now corresponds to his card.

Another version of the previous game, with a simple but powerful gimmick that you can do yourself in seconds. Same effect, easy to do and very visual.

The Last Trick of

A renewed version of the now classic "Last Trick of Jacob Daley", in which - first - a king in the spectator's hand, changes places with another king, then two black kings change places with the red ones, to end with the transformation of the four kings, into the four aces.

I play with two decks. From a mixed blue deck, the spectator thinks of a card (without force). Then in the red deck that is in the order from Ace to King and that the Magician never touched, the thought card appears predicted. As a grand finale, the blue deck from which the selection was originally thought, turns white in the spectator's hands, with the exception of the card that he had freely thought of.

In four groups of four black cards, a king appears in each group. Then the kings disappear one by one to reunite.

Assembly arrangement, in each pile a king. Each one of them is disappearing, to reunite in the same pile. A magical pass and the kings are back in their respective piles. As a finale, the group of indifferent cards becomes a royal flush.

Assembly to the Jacket

Four aces are left in four separate pockets, to later show that all four meet in one pocket. Then the aces disappear in the hands of the magician, and each one travels again to different pockets.

Same previous trick, with some details that could even fool some magicians.

Two cards signed in the backs. A magical pass and the signatures change places in an inexplicable and very visual way. 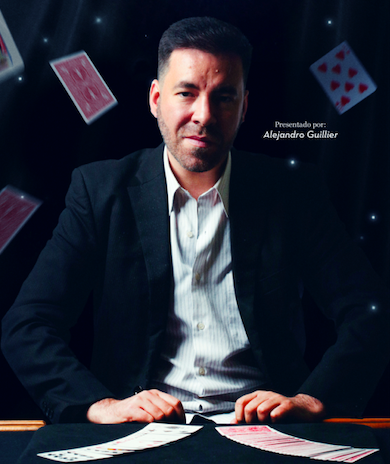 Alejandro Guillier is an outstanding Chilean magician with a vast national and international career. He participated in television programs, has been a lecturer in Chile and Spain, and has participated in conferences and shared with magicians in different parts of the world. His participation in the Escorial in 2009 stands out, the same year that he held a conference for magicians in La Coruña, Spain. A little over a decade ago, he launched his work AG Visual, where he gathered together some of the effects that he had worked on up to that moment and now, after 10 years of work, he launches his new material “Selected Magic Card Tricks”.

My Favorites Routines with Cards

Discover and enjoy 13 card magic routines explained in detail, which can now be part of your magic repertoire. These tricks are done almost entirely with a shuffled‏, ordinary pack. ﻿They will take practice--in some cases extreme training--but the result is a special approach to card magic that you won't find elsewhere. 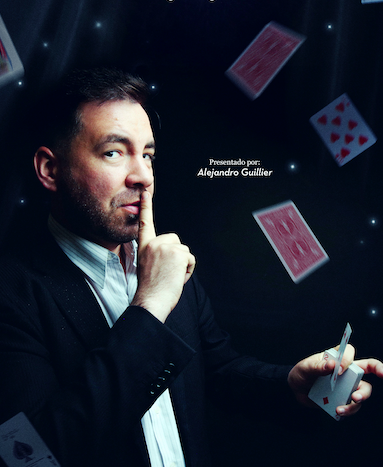 What is the Selected Magic Card Tricks Course about?

It is a course where you will learn 13 card magic tricks. Fast, visual games with a high component of manipulative technique.

From what age is this Magic Course recommended?

We recommend this Magic Course for almost all ages. The main thing is the desire to learn. So, someone as young as 10 could take the course without problem, as long as they have the enthusiasm and desire to learn and the necessary prior knowledge. We recommend it ideally for young people from 14 years old.

What are the benefits of obtaining this Magic Course?

You will learn the personal routines of a well-known Chilean magician. You will learn new techniques and modern ideas related to card magic and have access to 13 new routines that you can add to your professional repertoire.

What materials are used in this Course?

With a deck and a marker, you will be able to do most of the things in the course. Additionally, you may need a second deck of a different color and blank face cards for the "Double Matrix" game.

What do I do if I have a question regarding a trick taught in this Course?

At the end of each magic trick taught, there is the possibility to leave comments and questions, which will be answered shortly by Alejandro or someone from the MagicLab team of teachers.

What level of experience is the course aimed at?

This course is aimed at someone with an intermediate level or higher. Prior knowledge of card magic is required as some basic techniques will not be developed and will be taken for granted. So it is necessary to have a solid technical foundation to approach this course and get the most out of it.